Make Lifestyle Changes to Save the Planet 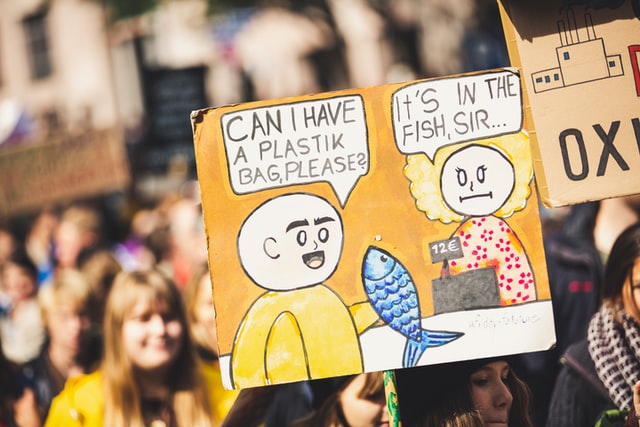 Global warming is causing much damage to the earth due to our industry and harming the world of our future generations. But when one individual changes their habits it can create powerful shockwaves that change the world.

You can make lifestyle changes to save the world.

Your environment works best when everything is in balance. Our throw away culture, consumerism, and resource depletion have all put pressure on the environment. However, more people are taking the initiative to protect the earth. With a few adjustments and some clever thinking ahead you can make a huge impact on saving the environment.

In cities, removing single-occupancy vehicles from the road reduces air pollution and traffic congestion, and also cuts down on greenhouse gas emissions. By replacing single-occupancy vehicles with shared mobility solutions, people are freed up from their personal automobiles. In cities with limited parking and a high travel zone, using public transport is the most efficient way to move around. Many institutions offer carpooling programs for their employees to encourage them to switch to greener modes of transport.

Developing countries must reduce vehicle travel as well, reducing their carbon emissions by up to 80% by 2050. High-income countries are the biggest contributors to greenhouse gas emissions, while developing economies need to reduce their vehicle travel in order to meet the 1.5-degree global warming goal. However, there are still many challenges ahead. These solutions require a paradigm shift in transportation, and many countries are not ready for that transition yet.

One of the best ways to save the world is to switch to a more sustainable diet. A Mediterranean diet, for example, calls for halving your intake of red meat and sugar and doubling your intake of fruits, vegetables, nuts, pulses, and grains. A typical North American diet requires consuming 84% less red meat, and six times as much nuts. A typical European diet calls for eating 15 times as much nuts and legumes as Americans do.

The world’s health is suffering because of unhealthy diets, but we are only contributing a small part of the problem. There are now 800 million hungry people and over two billion overweight people. The world’s science academies have concluded that our current food system is not sustainable. Industrial agriculture destroys forests and billions of cattle emit climate-warming methane. Dietary changes, meanwhile, can affect our daily lives and contribute to many of the United Nations Sustainable Development Goals.

Single-use plastics are items used only once, then discarded. They create many problems in the long term, as plastics take up to 450 years to break down. The result is that billions of pieces of plastic litter our rivers, oceans, and land. One report estimates that by 2050, we will have twelve billion tonnes of plastic waste in our oceans and on land. While it may seem difficult to give up the convenience of single-use plastics, you can find alternatives.

One of the biggest contributors to plastic pollution are large manufacturers. According to UNEP, half of all plastic produced after 2003 will end up in the ocean. The oceans now contain 150 million tons of plastic debris. Several studies have shown that this debris can affect the environment. Currently, the plastic waste generated by major companies like Coca-Cola, PepsiCo, and Nestle are clogging up our oceans.

Reducing number of children you have

One way to limit carbon emissions is to not have children. According to experts, this would reduce the carbon footprint of a person by 58.6 tonnes a year. Nonetheless, these figures do not take into account the fact that human beings are still responsible for the same amount of energy, resources and goods that we do today. Even though having fewer children would have a positive effect on the environment, it would not be sufficient to completely save the planet. It is essential that we start tackling these problems now, not waiting for the consequences later.

Considering climate change and the effects of overpopulation is a strong consideration when deciding whether or not to have children. Global population is expected to reach nearly ten billion by 2050, adding to the pressure on the planet’s already scarce resources. In response to these concerns, some people have decided not to have any more children. Some individuals are even avoiding having children entirely for the sake of saving the planet. Blythe Pepino has even begun a global campaign called BirthStrike.